the shortest route to Pico Ruivo

Pico Ruivo is the highest point of Madeira island (1862 m). There are different routes to the summit starting at various locations. The route starting from Achada do Teixeira is the shortest one (and also the easiest one). The trail starts from the parking near Achada do Teixeira (32.764911,-16.921043). which is located at the end of the road ER 218. Just follow the signposts 'Pico Ruivo' until you reach the summit.

When you return back to the starting point, it makes sense to have a look at a basalt rock 'Homem em pe' that reminds a group of standing men. It is located in about 100 meters from the starting point of the route (in the direction opposite to the direction of the trail). There are several unmarked paths leading there from the parking, although there are no signposts. These paths start from that part of the parking area which is the closest to Achada do Teixeira house. Take any of them (they are brunching and merging) and try to approach the rock, it’s difficult to get lost there. 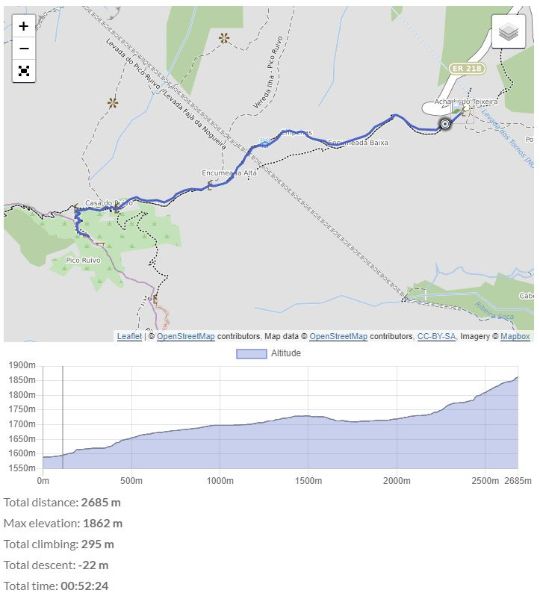 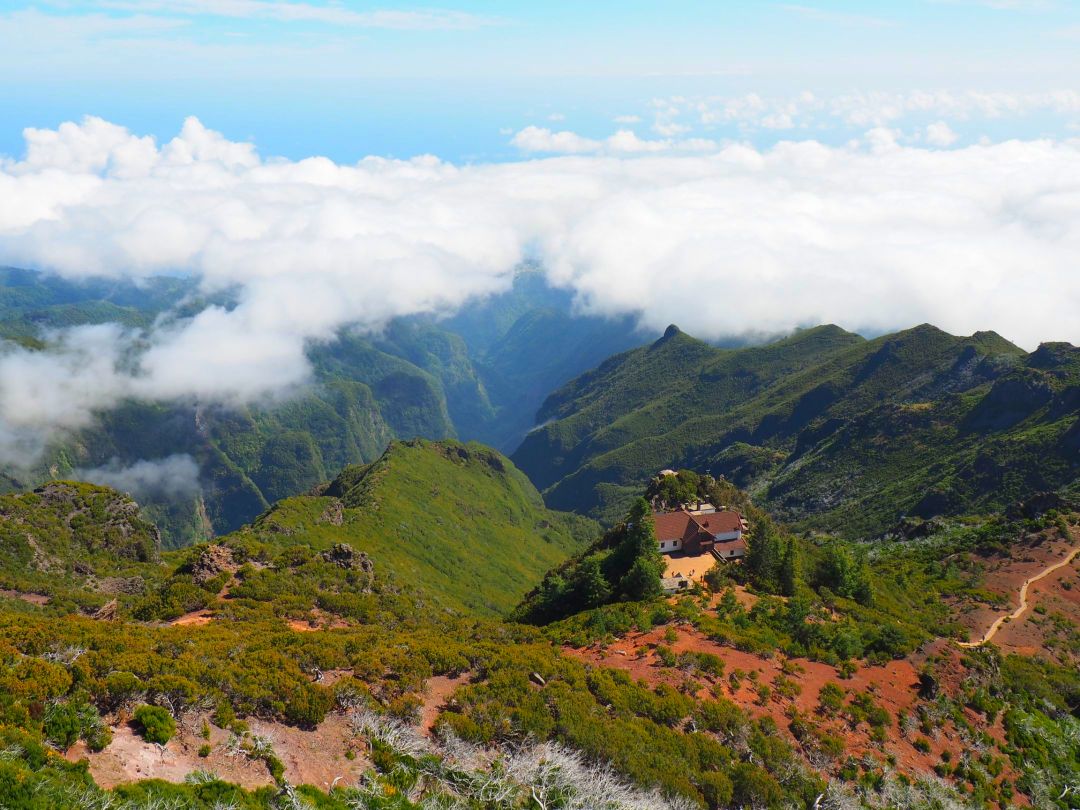 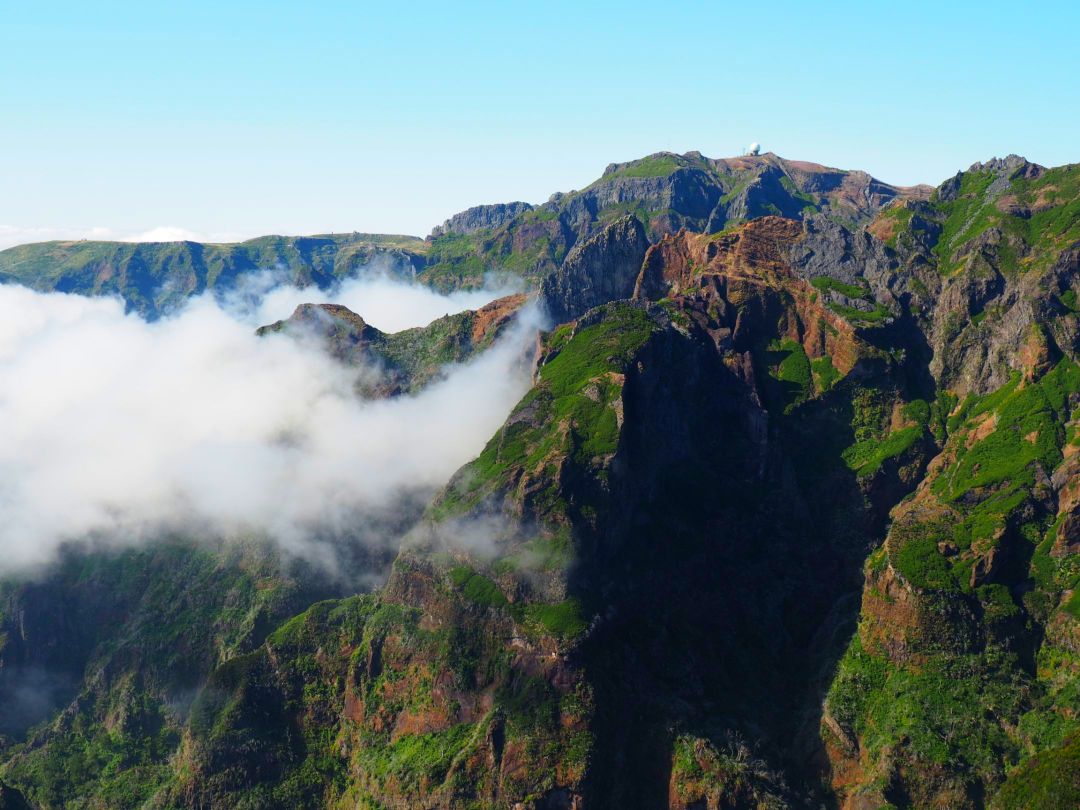 Clouds are used to gather in this area in the afternoon, so it makes sense to start early in the morning in order to fully enjoy the scenery.

In about 500 meters from the summit of Pico Ruivo there is a refuge, where you can have a drink (if the refuge is open).

Wear comfortable non-slippery shoes. Hiking sticks could be helpful for this route if you are accustomed to use them.The whole route is located on the height of 1600-1900 meters above the sea level, so it could be rather chilly there, especially in the morning or if the weather is cloudy. Therefore it is better to take something warm with you. There is no shade over the major part of the trail, so think about sun protection. 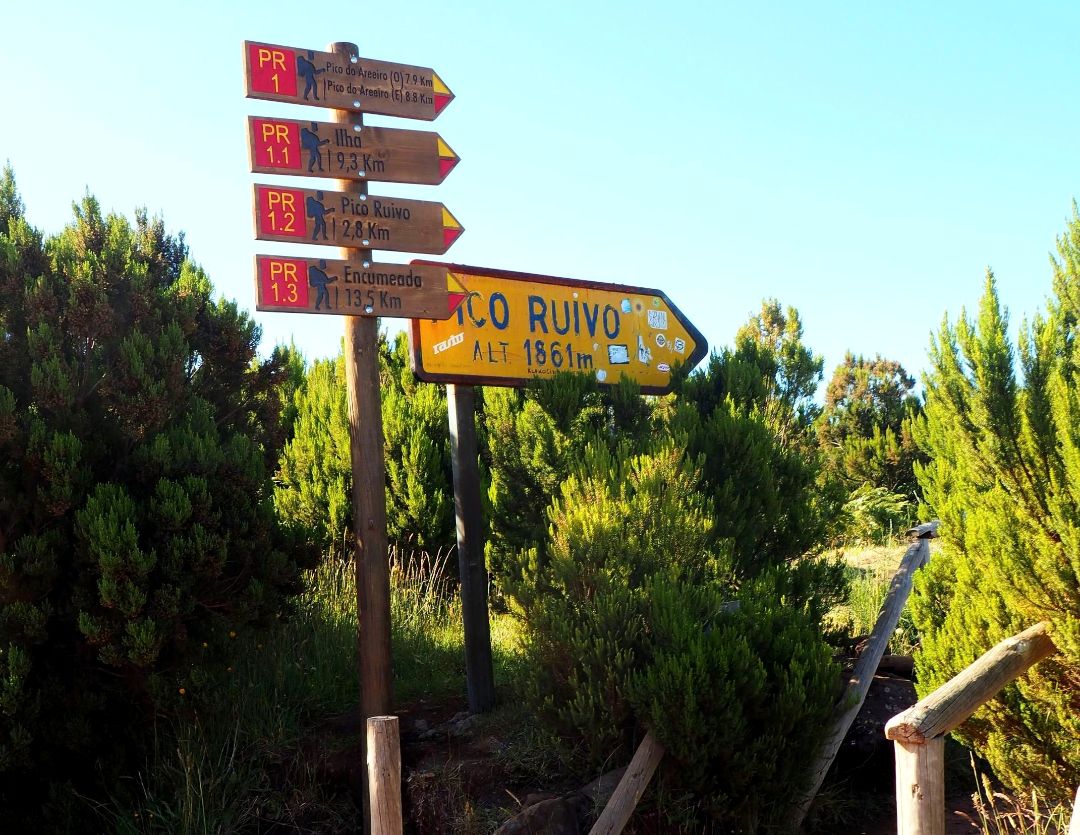 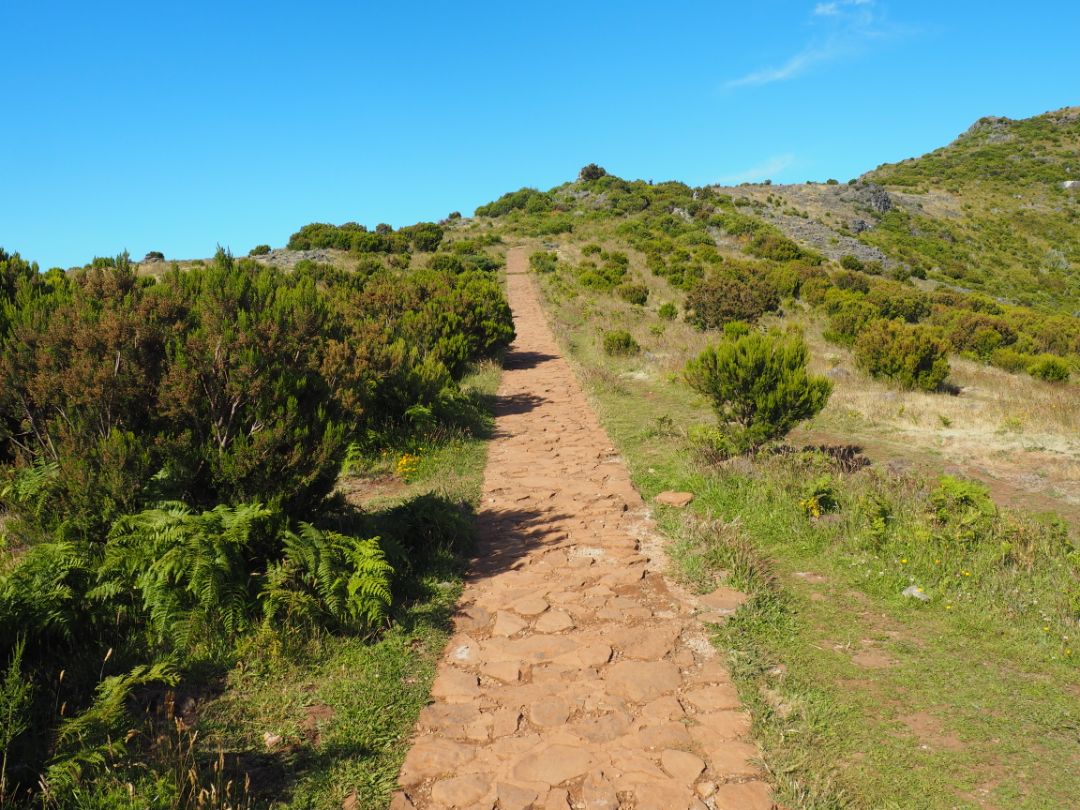 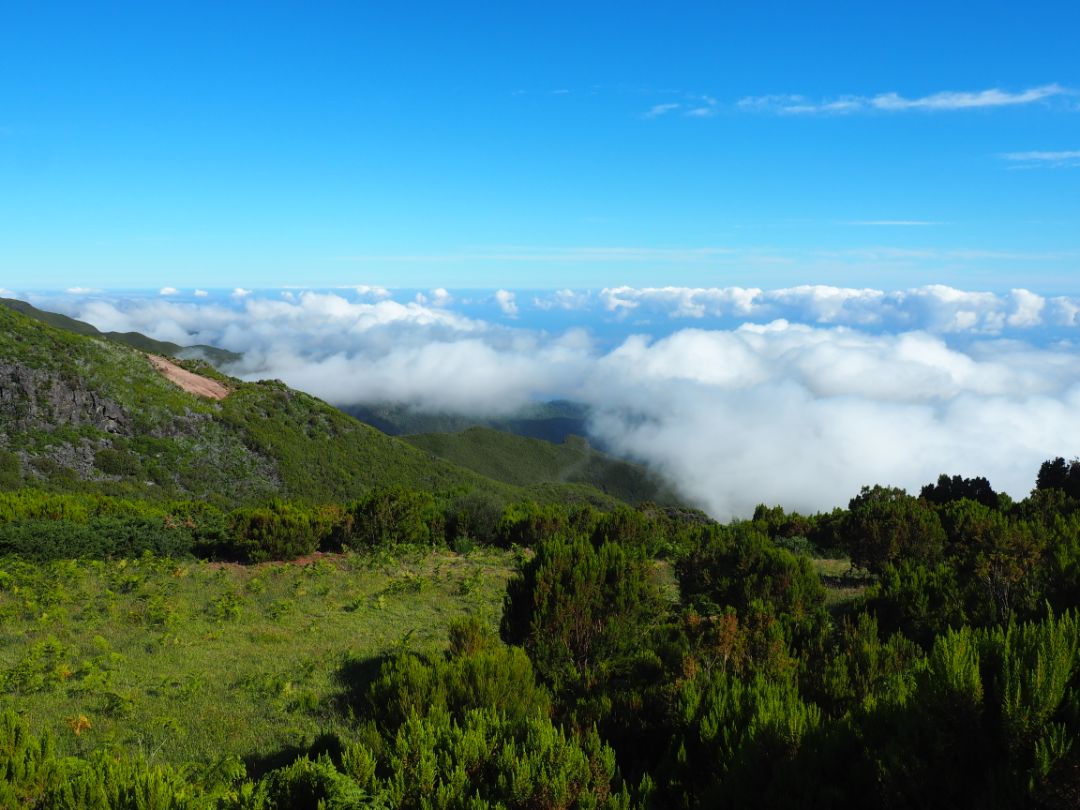 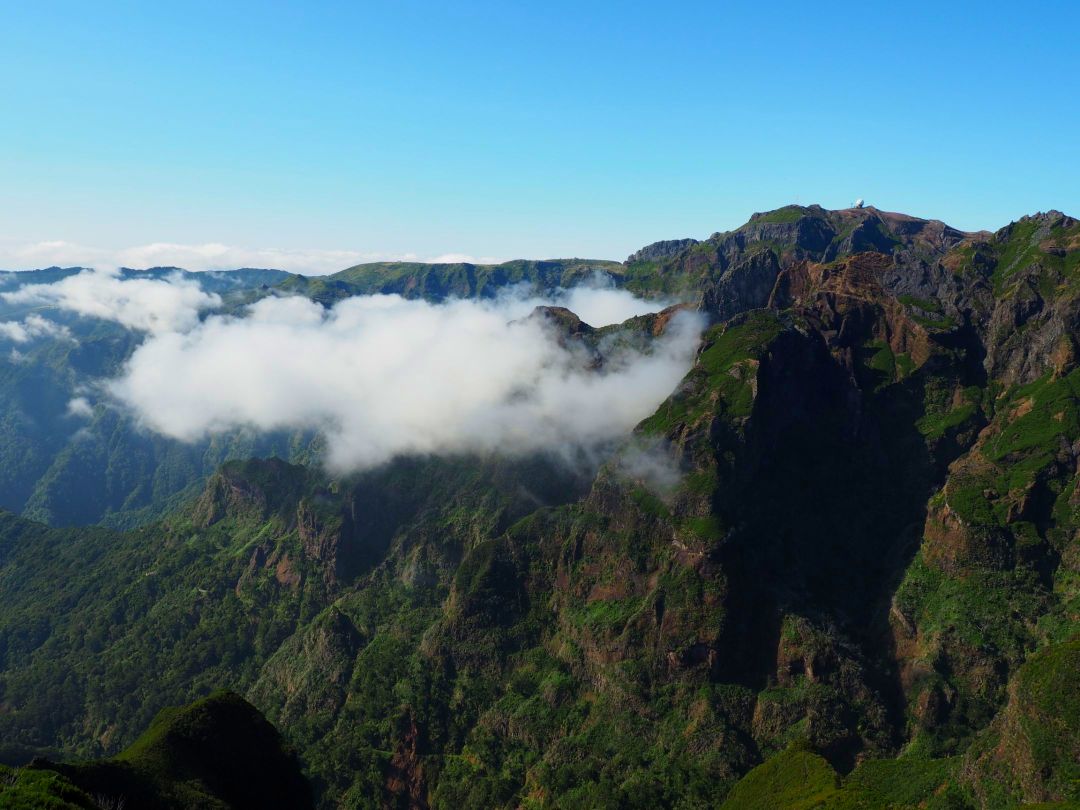 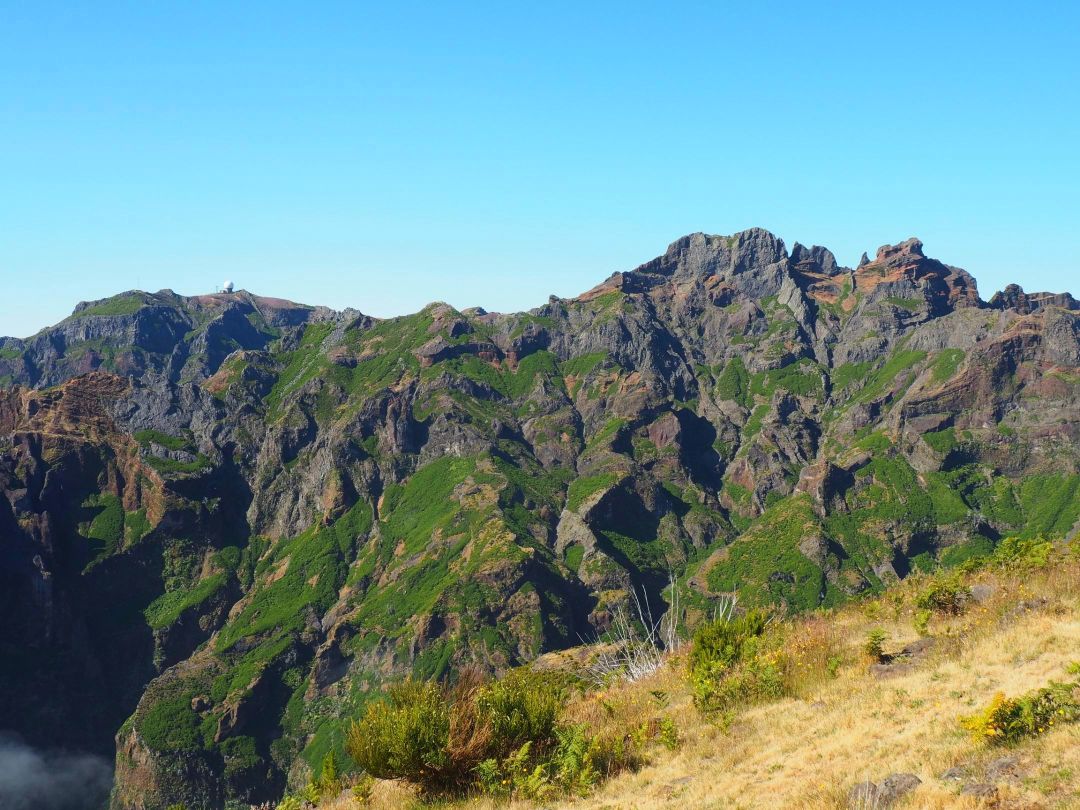 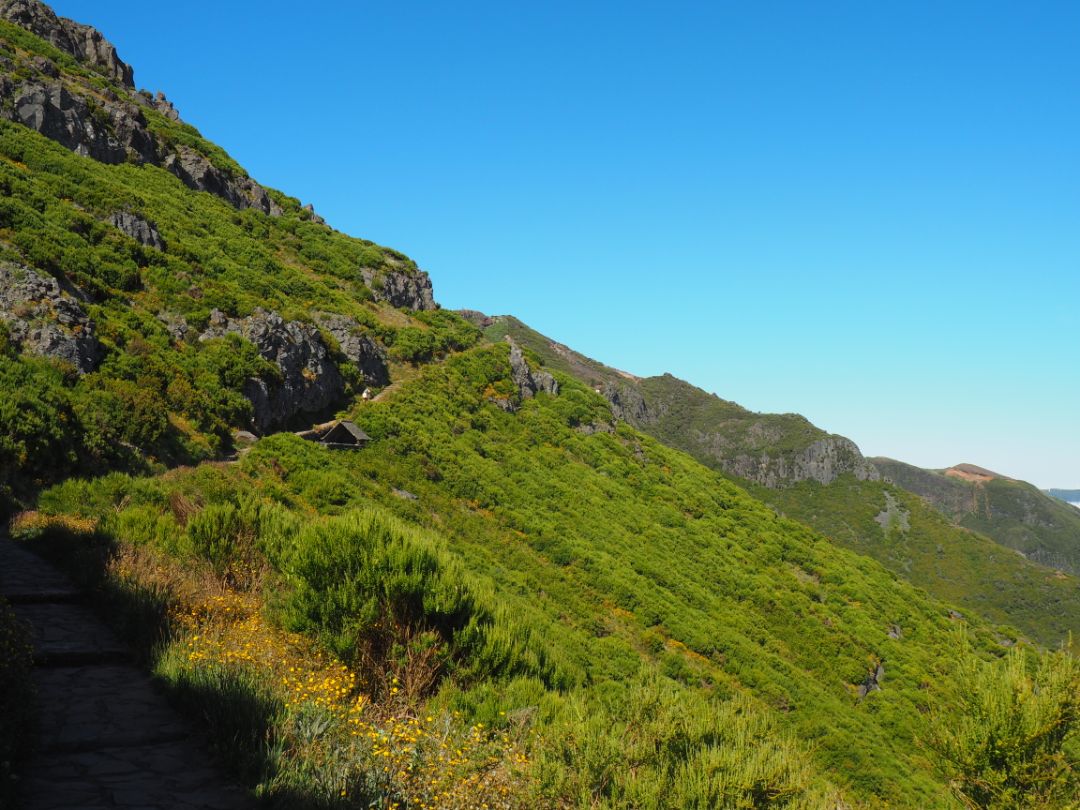 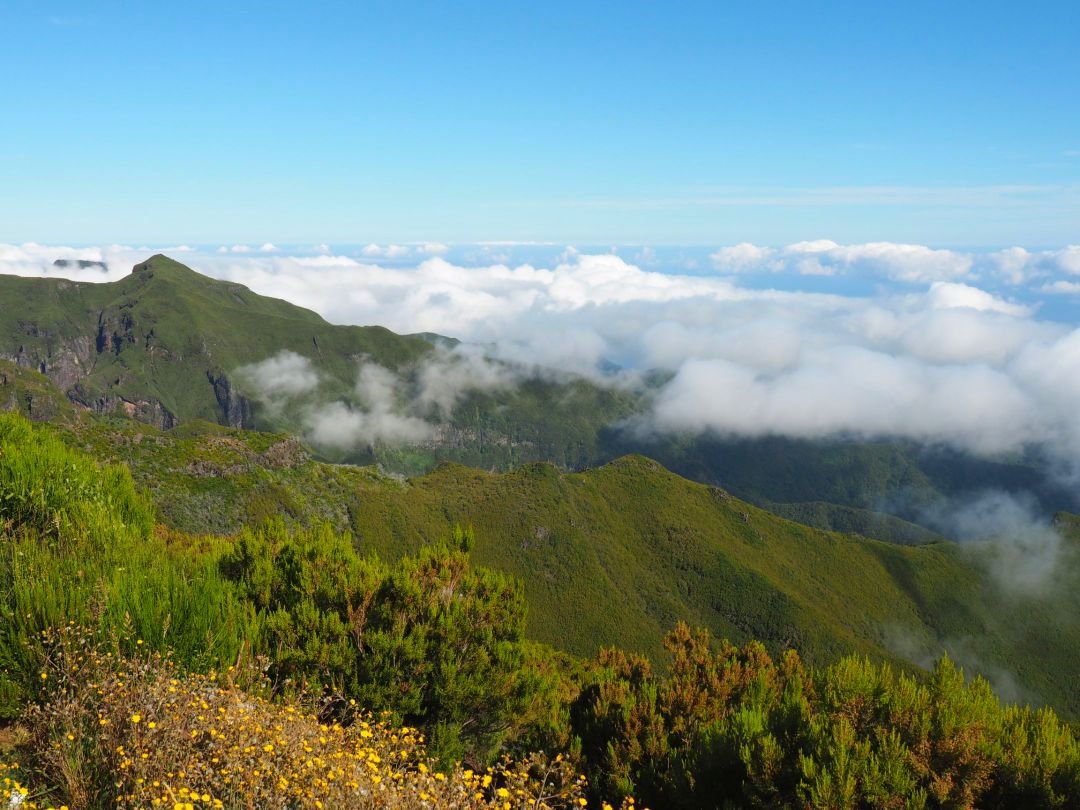 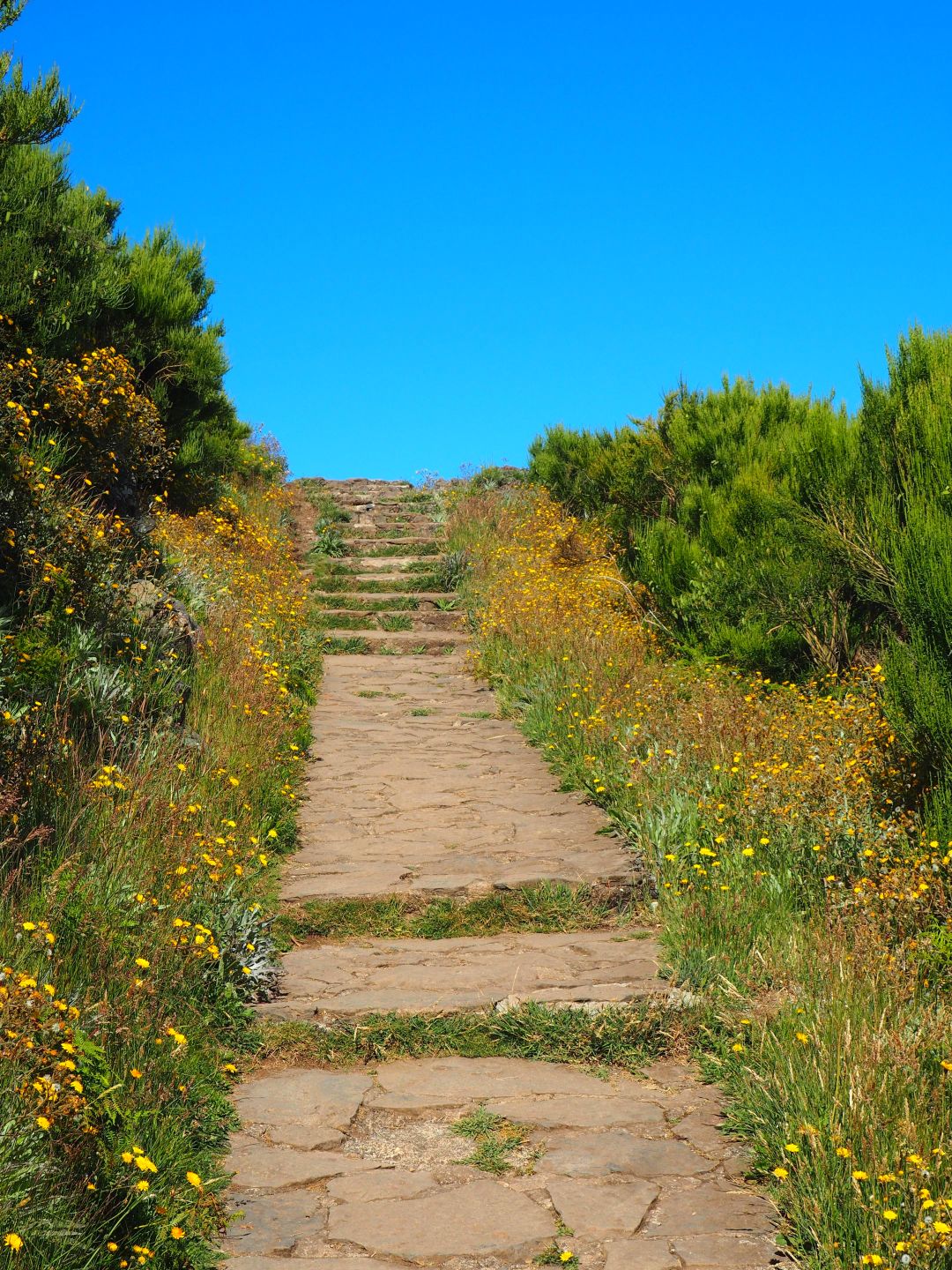 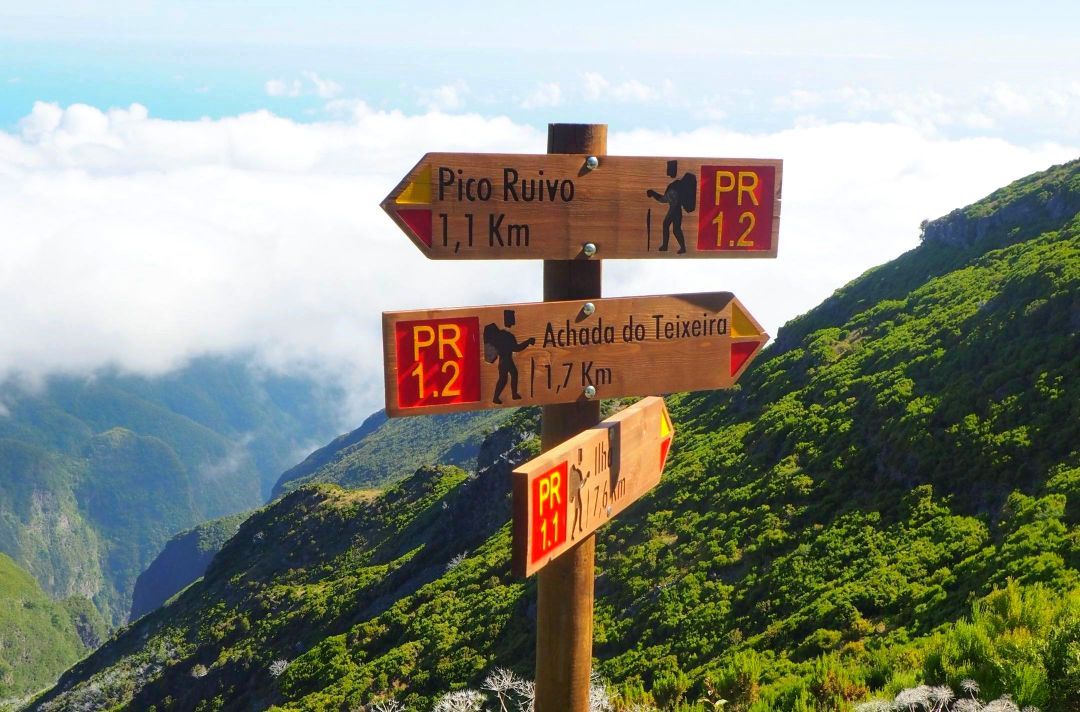 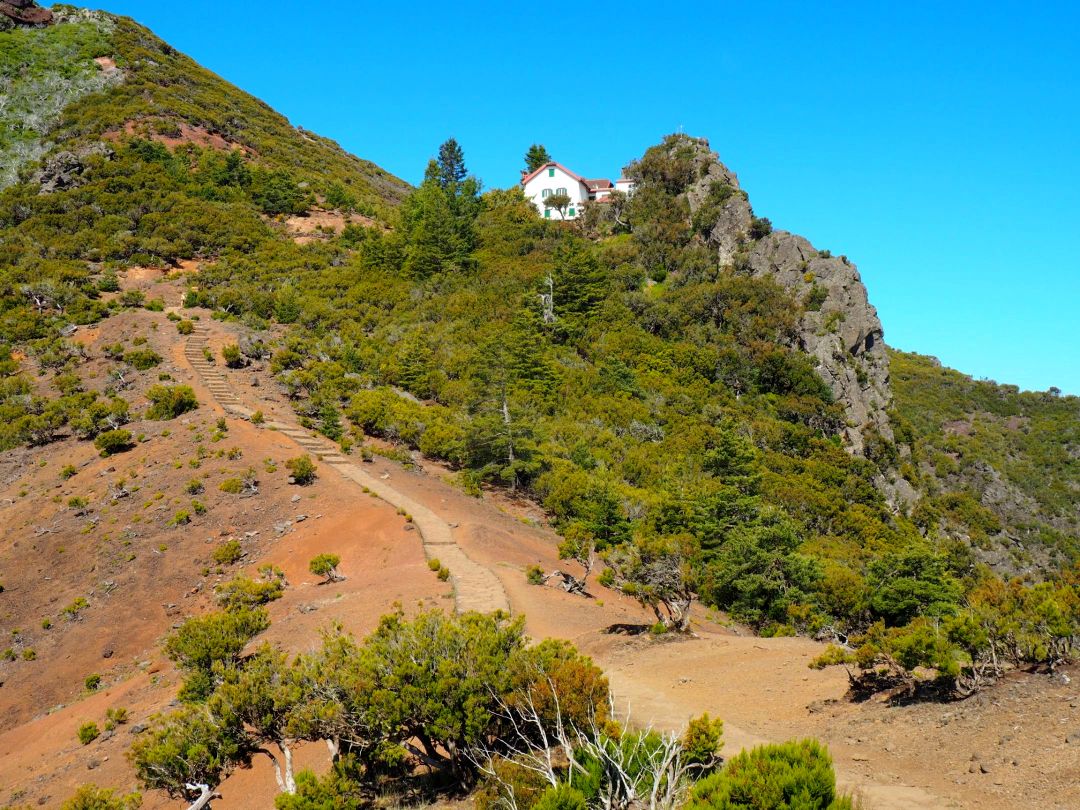 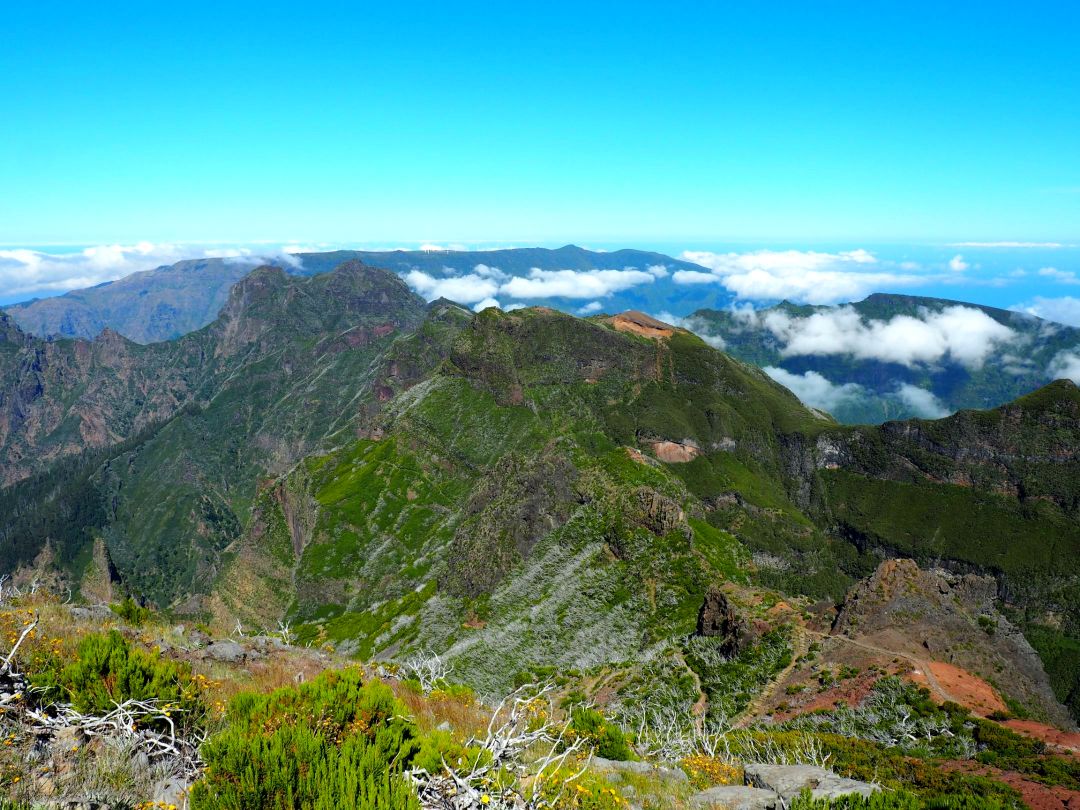 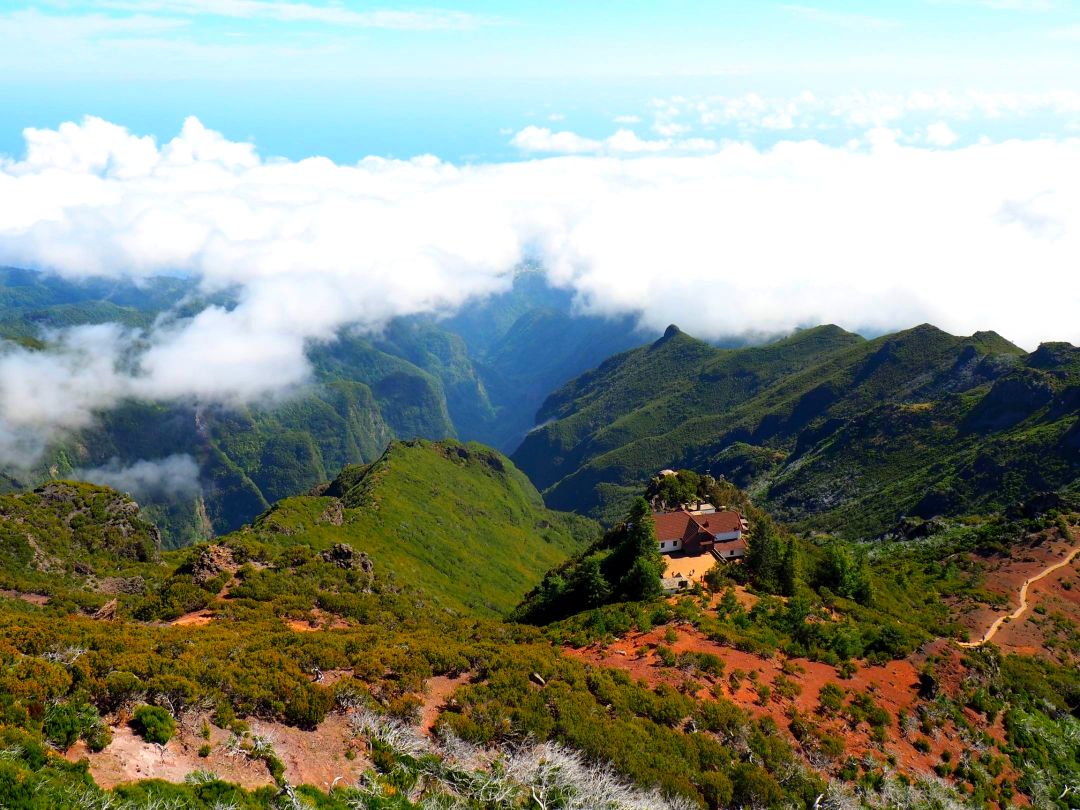 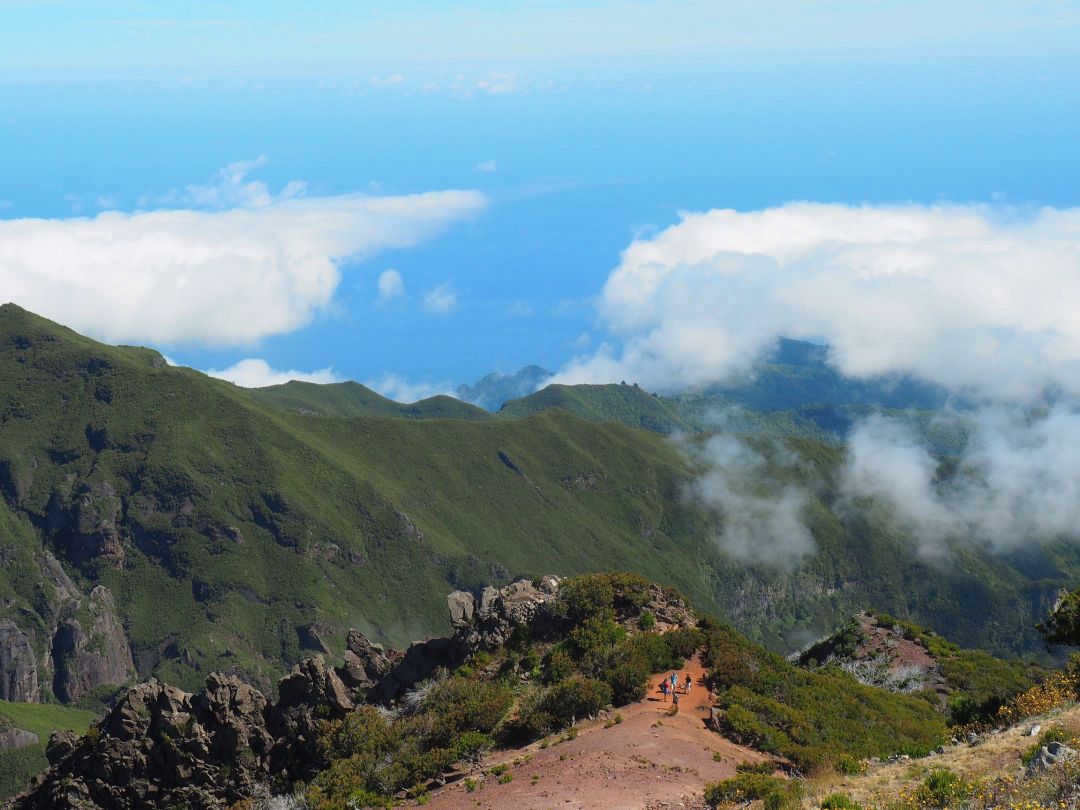 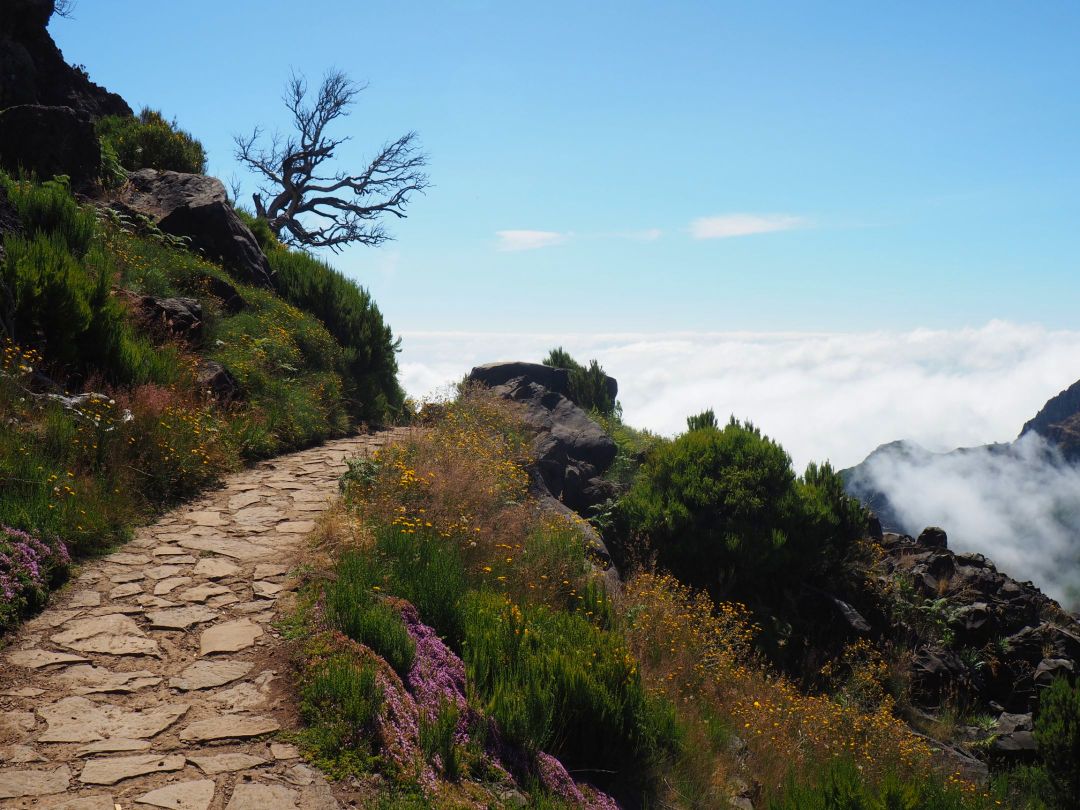 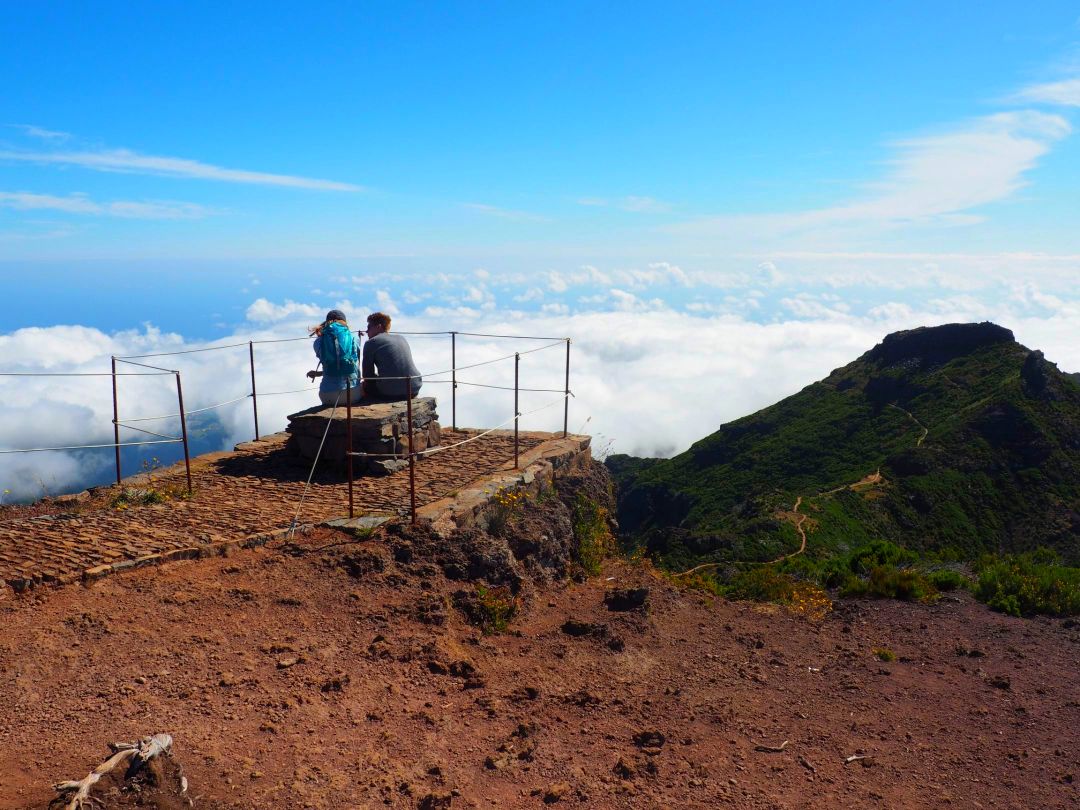 Viewpoint at the summit 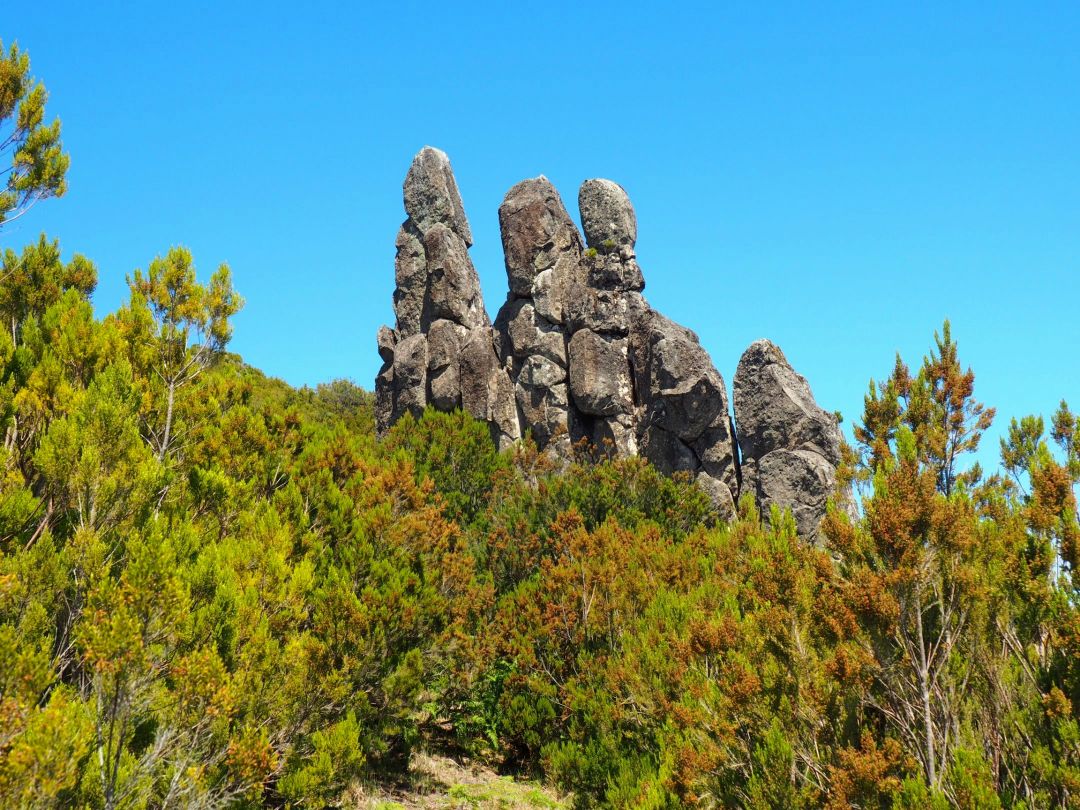 HOW TO REACH THE STARTING POINT

Take a taxi or go by car, a free parking is available at the starting point of the route.

Public transport is not available to this destination.